You are here: Home / Books / Dark Disciple by Christie Golden 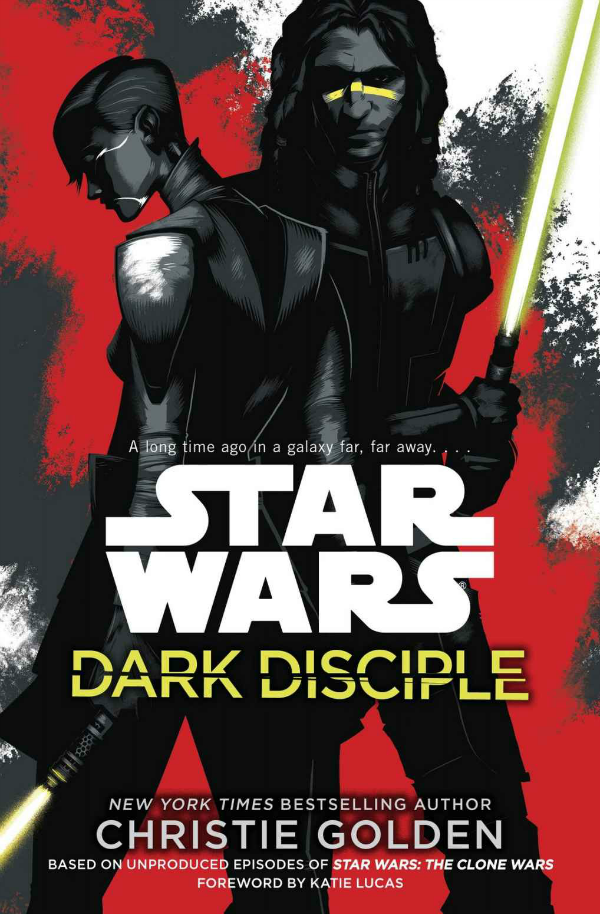 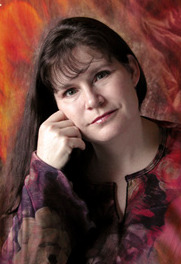 Award-winning and seven-time New York Times bestselling author Christie Golden has written over forty novels and several short stories in the fields of science fiction, fantasy and horror. Among her many projects are over a dozen Star Trek novels, nearly a dozen for gaming giant Blizzard’s World of Warcraft and StarCraft novels, and three books in the nine-books Star Wars series, Fate of the Jedi, which she co-wrote with authors Aaron Allston and Troy Denning.

Golden launched the TSR Ravenloft line in 1991 with her first novel, the highly successful Vampire of the Mists, which introduced elven vampire Jander Sunstar. To the best of her knowledge, she is the creator of the elven vampire archetype in fantasy fiction. Several original fantasy novels include On Fire’s Wings, In Stone’s Clasp, and Under Sea’s Shadow, the first three in her multi-book fantasy series The Final Dance. She is delighted to see her first original novels, Instrument of Fate and In Stone’s Clasp, available in an entirely new format as online books nearly fifteen years after their original publication.

Born in Georgia with stints in Michigan, Virginia and Colorado, Golden has returned South for a spell and currently resides in Tennessee.

The only way to bring down the dark side’s most dangerous warrior may be for Jedi and Sith to join forces.

In the war for control of the galaxy between the armies of the dark side and the Republic, former Jedi Master turned ruthless Sith Lord Count Dooku has grown ever more brutal in his tactics. Despite the powers of the Jedi and the military prowess of their clone army, the sheer number of fatalities is taking a terrible toll. And when Dooku orders the massacre of a flotilla of helpless refugees, the Jedi Council feels it has no choice but to take drastic action: targeting the man responsible for so many war atrocities, Count Dooku himself.

But the ever-elusive Dooku is dangerous prey for even the most skilled hunter. So the Council makes the bold decision to bring both sides of the Force’s power to bear—pairing brash Jedi Knight Quinlan Vos with infamous one-time Sith acolyte Asajj Ventress. Though Jedi distrust for the cunning killer who once served at Dooku’s side still runs deep, Ventress’s hatred for her former master runs deeper. She’s more than willing to lend her copious talents as a bounty hunter—and assassin—to Vos’s quest.

Together, Ventress and Vos are the best hope for eliminating Dooku—as long as the emerging feelings between them don’t compromise their mission. But Ventress is determined to have her retribution and at last let go of her dark Sith past. Balancing the complicated emotions she feels for Vos with the fury of her warrior’s spirit, she resolves to claim victory on all fronts—a vow that will be mercilessly tested by her deadly enemy . . . and her own doubt.

Calling the cancellation of The Clone Wars following Disney’s acquisition of the Star Wars franchise “painful” is an understatement. So many incredible stories, already written and storyboarded, would never be produced. Fortunately, thanks to Dark Disciple, one of those stories has been given new life. Christie Golden, in her new canon debut, displays once again why she is one of the best authors in the “galaxy far, far away,” weaving a tale rife with adventure, intrigue, deception, and romance. The incomparable Ms. Golden takes readers on an exciting journey through the seediest parts of the Star Wars universe. The best part? Golden crafts a compelling prequel-era novel without depending on Anakin, Obi-Wan, or Yoda to serve as the narrative’s linchpin.

The plot is a complete triumph. Yes, readers know that Quinlan Vos and Asajj Ventress will not succeed in assassinating Dooku since he dies onscreen in Episode III: Revenge of the Sith. However, unlike Lords of the Sith, which suffered from a similar issue, this foreknowledge does not hurt the story; the unlikely partnership and relationship that develops between Vos and Ventress is the true focal point and is compelling enough to drive the plot forward.

Vos, a jovial Jedi with a history of flirting with the Dark Side of the Force, is perfectly paired with Ventress, an ex-Sith apprentice seeking to escape her past. These two different-but-similar characters begin affecting one another in very believable ways. While the evolution of the Vader/Palpatine dynamic depicted in Lords was interesting, it was also predictable and expected. Watching the evolution of Dark Disciple‘s duo is much more fun and exciting, eliciting feelings of joy at times while being utterly heartbreaking at others.

Beyond the “star-crossed lovers” central narrative, Dark Disciple also succeeds in changing how Revenge of the Sith can be perceived. The biggest strength of The Clone Wars was how it added depth to the prequel trilogy and this literary continuation of the series is no different. Readers see the Jedi Council allow one of its own to walk perilously close to the Dark Side all in the name of committing cold blooded murder, something that should be strictly against the Jedi Code. Is it any wonder that Palpatine was able to manipulate Anakin with lies about the ultimate intentions of the Jedi after the young Knight has seen the Council take such actions?

Of course, it isn’t like the ways of Sith aren’t powerful enough to sway even the strongest of Jedi, another aspect to Dark Disciple that changes the way we see Anakin’s inevitable fall. Golden clearly conveys better than anyone before her how effectively the Sith can twist the truth and cut a foe with words deeper than a lightsaber ever could.

It is remarkable how well Golden was able to keep to the source material’s roots. Dark Disciple feels like a strong story arc from The Clone Wars series should feel. Reading a few chapters is as easy as watching a few episodes on the TV, the scenes playing out vividly in the reader’s mind. Golden makes sure “viewers” hear every one of Ventress’ growls, the deep baritone of Sir Christopher Lee in each of Dooku’s taunts, and the usual fatherly worry of Obi-Wan through her words. Star Wars fans may never come closer to another episode of the much loved series than this.

Perhaps that is the biggest triumph of Dark Disciple. Those who are being introduced to The Clone Wars for the first time through this novel will want to hit Netflix as soon as the book is finished. Veterans of the animated neo-classic are going to be eager to live it all over again. Golden has provided the best entry in the new Star Wars canon yet, giving readers the best sort of gift: a true adventure and not just more backstory.

Content Advisory: Dark Disciple contains violence, including the torture of humans and animals, and mild sexual references. Parents are urged to pre-read the novel for themselves before determining whether it is appropriate for their younger Star Wars fan.