You are here: Home / Books / Mr. Mercedes by Stephen King 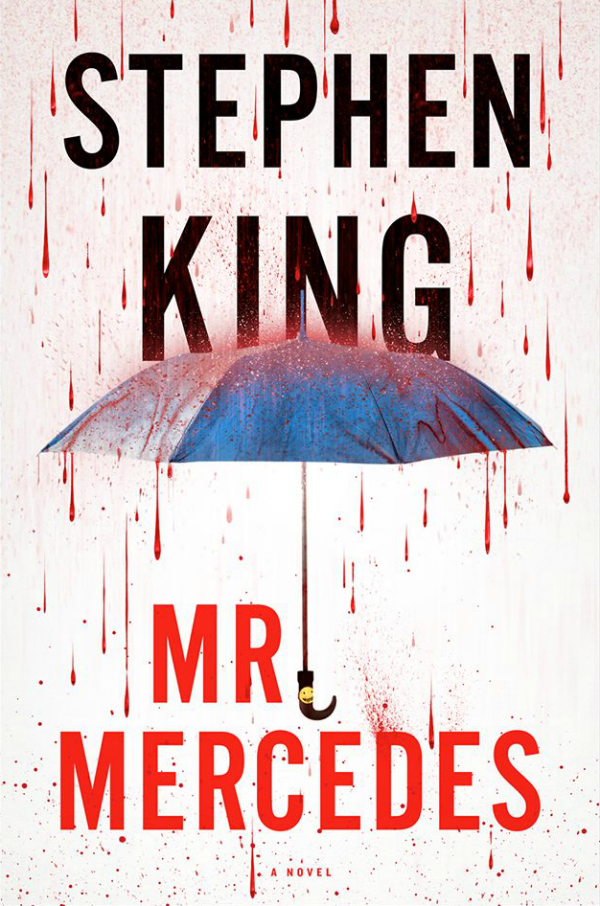 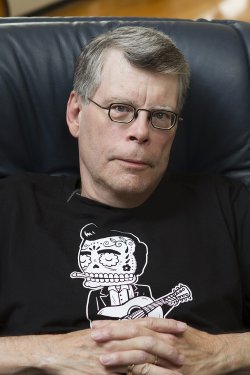 Stephen King is the author of more than fifty books, all of them worldwide bestsellers. His recent work includes Doctor Sleep and Under the Dome, now a major TV miniseries on CBS. His novel 11/22/63 was named a top ten book of 2011 by The New York Times Book Review and won the Los Angeles Times Book Prize for Mystery/Thriller as well as the Best Hardcover Book Award from the International Thriller Writers Association. He is the recipient of the 2003 National Book Foundation Medal for Distinguished Contribution to American Letters. He lives in Bangor, Maine, with his wife, novelist Tabitha King.

In the frigid pre-dawn hours, in a distressed Midwestern city, hundreds of desperate unemployed folks are lined up for a spot at a job fair. Without warning, a lone driver plows through the crowd in a stolen Mercedes, running over the innocent, backing up, and charging again. Eight people are killed; fifteen are wounded. The killer escapes.

In another part of town, months later, a retired cop named Bill Hodges is still haunted by the unsolved crime. When he gets a crazed letter from someone who self-identifies as the “perk” and threatens an even more diabolical attack, Hodges wakes up from his depressed and vacant retirement, hell-bent on preventing another tragedy.

Brady Hartfield lives with his alcoholic mother in the house where he was born. He loved the feel of death under the wheels of the Mercedes, and he wants that rush again.

Only Bill Hodges, with a couple of highly unlikely allies, can apprehend the killer before he strikes again. And they have no time to lose, because Brady’s next mission, if it succeeds, will kill or maim thousands.

Mr. Mercedes is a war between good and evil, from the master of suspense whose insight into the mind of this obsessed, insane killer is chilling and unforgettable.

I have always felt that Stephen King, although a legend in the horror and fantasy genres, has always been at his best when his characters are more grounded in reality. His crime novels and thrillers have inspired Academy Award winning performances and even (arguably) one of the greatest films ever made. In Mr. Mercedes, King once again creates an excellent set of characters, anchored by a very evil villain. Unfortunately, the plot is riddled with holes, questionable choices, and a handful of crime drama clichés that turn a promising premise into the literary equivalent of a Summer blockbuster: it’s enjoyable as long as you don’t think about it too much.

Credit has to be given to King for giving readers something other than the typical hero. Instead of a handsome-but-troubled hero cop or a beautiful-but-hard-edged female detective, we get a retired, over-the-hill sixty-four year old. Bill Hodges is (by the book’s description) fat, bald, and borderline suicidal and anything but the standard issue hero. His compatriots are just as atypical for a crime novel: a seventeen year old African American boy with smarts to spare and a mid-forties woman with incredible computer skills that suffers from a severe social disorder. If you had to pick a trio to save a city from a mad serial killer, this isn’t the group you are likely to pick. That’s why it works so well here.

Then there is Mr. Mercedes himself, Brady Hartfield. King has created a villain that is the perfect combination of brilliant, sadistic, vile, and undeniably evil. While not the greatest big bad that King has ever written, Brady is among the best; he’s a character whose motives and actions will haunt readers long after the book is closed. Brady’s plain clothes style of sinister makes one wonder what kind of evil is lurking in the light of day rather than the shadows.

The problem is that King relies on the usual crime/thriller standards when writing the plot for these unusual characters. He spends far too much time justifying why this retired detective would decide to take one of his last unsolved cases into his own hands when an apparent confession is dropped through his mail slot instead of contacting the police force. These explanations work to a point, but it just becomes too unbelieveable long before the final chapter. To make matters worse, when the plot shifts and becomes a simple vendetta story, Hodges’ partners are fine with breaking multiple laws to help him. This is a kid that has his pick of colleges and a woman that, only a few days prior, was barely able to follow a conversation. Yet both of them are willing to follow someone who is clearly not of sound mind into the proverbial gates of Hell. Something just isn’t right about that. Even less believable is the contrived reason why the police cannot be called in to prevent an explosive finale. We won’t even discuss the age old trope of our hero insta-falling in love with the beautiful witness/client.

Flaws aside, Mr. Mercedes is a fun read. The narrative switches back and forth between Hodges and Brady, giving readers insight into both sides of the cat-and-mouse scenario. Seeing just how close this ex-cop is to solving “the one that got away” without even knowing it keeps the book moving at an exciting pace and does much to gloss over its flaws.

While probably not worth rushing out to the bookstore to buy right now, Mr. Mercedes is worth checking out at the local library if you ever find yourself jonesing for a quick crime novel fix and can let the characters take you in enough to disregard the overall plot’s inconsistencies. Just because this may not be one of King’s showcase models, this Mercedes should at least be taken out for a test drive.