You are here: Home / Movies / Five Films to Watch on a Long Flight 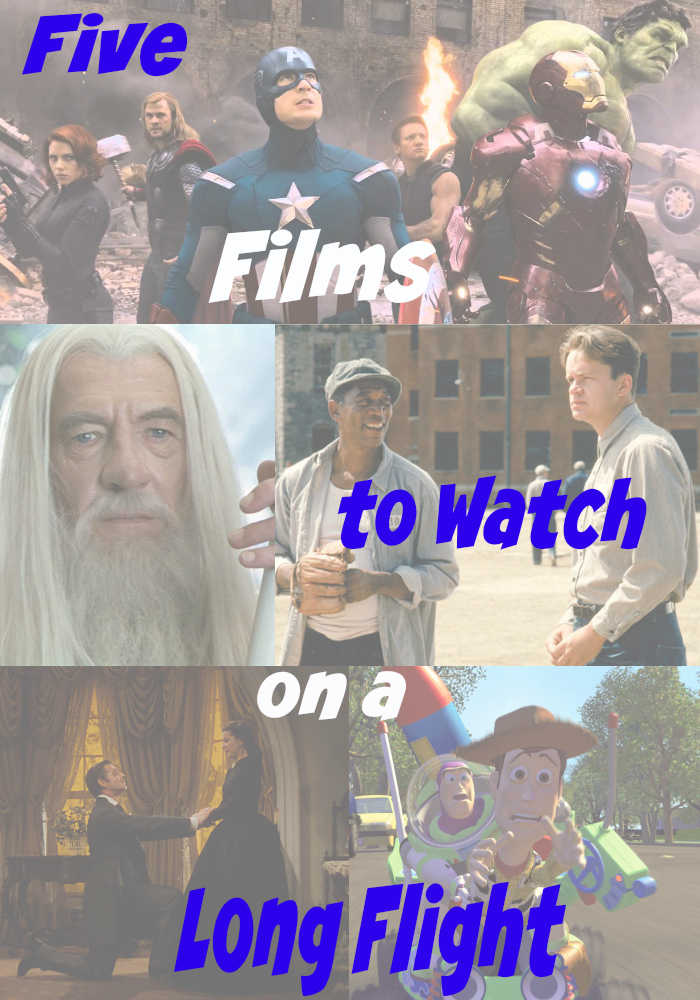 All your bags are packed; you’re ready to go. You’re standin’ there outside the door … of the airport terminal. As you wait to board that plane to a lush tropical paradise, scenic Mediterranean village, or one of a thousand other exotic destinations, it hits you: you don’t have anything to keep yourself entertained on this flight. Luckily, with the help of airport Wi-Fi and this list, you can load up your laptop and/or tablet with an awesome selection of films to make the long hours on that plane just fly by.

Just in time for the start of vacation season, here is my list of five movies perfect for a long flight… 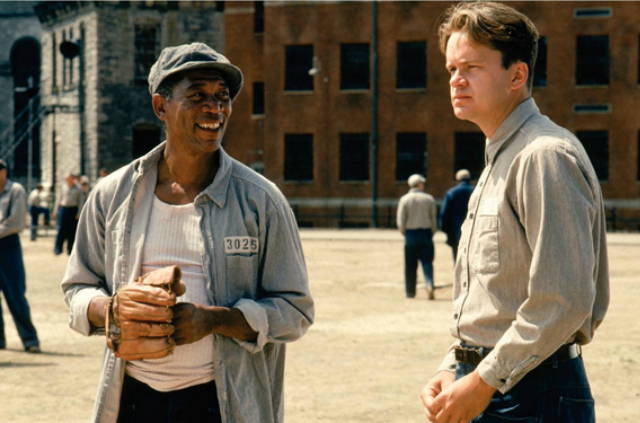 OK, I might be a little biased on this one since it is my favorite movie (which is why I’m giving it away on my welcome post), but The Shawshank Redemption is a great movie to have for a long flight. One of the reasons this former best picture nominee wasn’t as big of a commercial success as its fellow nominee (and eventual winner) Forrest Gump was because audiences just didn’t want to sit in a theater for the well over two hour runtime during an era when the average film was about 90 minutes long. However, you’re on a plane; where else are you going to go?

A film that is all at once brutal and uplifting, Shawshank has overcome its failure at the box office to become one of Hollywood’s all-time classics and is currently ranked #1 on IMDB’s Top 250 list. A long flight is the perfect time to finally catch up with this tale of how hope springs eternal, featuring amazing performances from Tim Robbins and Morgan Freeman.

The Lord of the Rings (Trilogy) 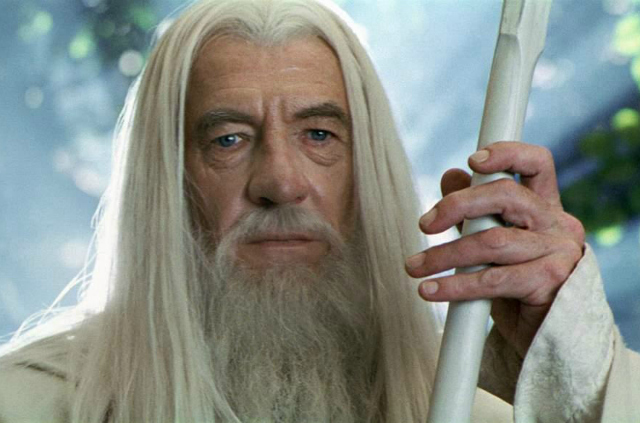 Putting an entire trilogy on this list might be a bit of a cheat, but it is almost impossible to separate this trio of fantasy epics. The Lord of the Rings will easily fill up your time on even the longest of flights, clocking in at a hefty 558 minutes (An even longer 726 minutes if you brave the extended editions). As insurmountable as that sum may seem during our usual “nine-to-five” lives, it is merely a worthy challenge when sitting on a plane for a flight across the ocean, desperately trying to avoid making eye contact with the person in next seat who looks like they could tell you their entire life story without taking a breath.

The Lord of the Rings trilogy hearkens back to the days of Cecil B. DeMille and movies such as Cleopatra or The Ten Commandments: Broad, sweeping epics unlike anything the world is likely to see again. However, above everything else, this set of films tells a story about the bonds of friendship, romance, heroism, and good triumphing over ultimate evil. If you are the mood for an action-filled adventure featuring an all-star cast, The Lord of the Rings is the perfect way to spend away the hours while you’re flying high in the sky. 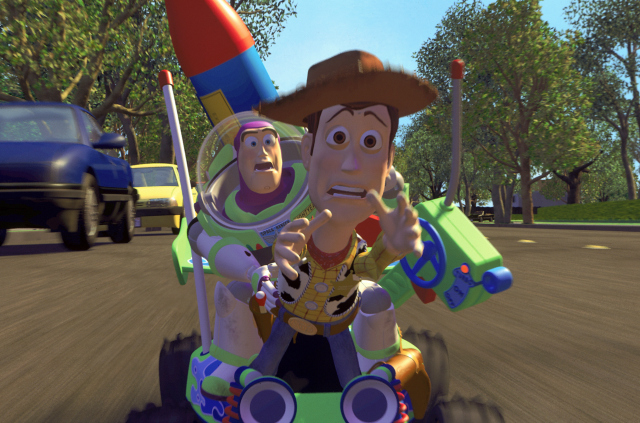 OK, so I cheated again. This is the last time (I promise)! I had to do it though, because the thought had occurred to me that you may be traveling with the kids for a vacation to a certain magical-type kingdom place in Florida or California, so you might want something a little more family friendly to set the tone for the trip. Look no further than Toy Story: Disney/Pixar’s magnum opus of computer animation!

This tale of toys coming to life when their kid is away appeals to children of all ages, both boys and girls. Who didn’t at one point wonder what happens when you leave your toys alone in a room? At the heart of the series, however, Toy Story reminds us that real friendship is something worth going to infinity and beyond for. Chock full of humor and (at least in the third film) emotional moments, the Toy Story trilogy is perfect for kids and parents to watch together on that long flight. Just don’t forget the headphone splitter! 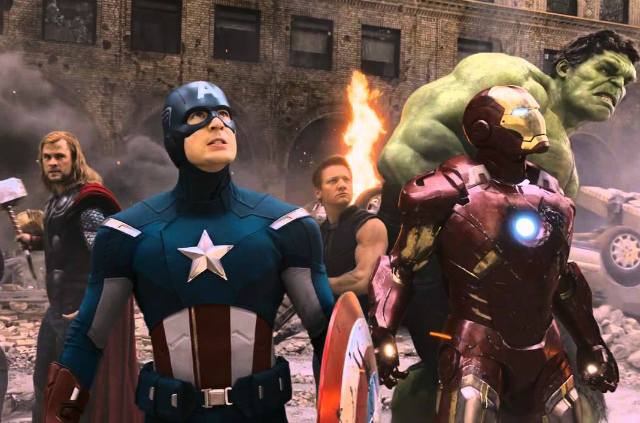 For slightly older kids (including those well past their teen years), The Avengers may be a film from the House of Mouse that could better occupy the time in the air. You know the movie I’m talking about: the big-budget action movie starring an amazing cast that completed Phase One of the Marvel Cinematic Universe. I probably don’t have to sing this movie’s praises, but I’m going to anyway.

The worst thing about flying, other than the stale peanuts, is that it is boring. The Avengers is anything but boring. Beyond the great action set pieces, you have witty dialogue tinged with humor that doesn’t detract from the overall experience and memorable characters that will stand the test of time. Plus, with Avengers: Age of Ultron just about to hit theaters (or having just hit theaters, depending on when you are reading this), a long flight is the perfect time to catch back up with the first time all our favorite heroes fought together.

Gone with the Wind 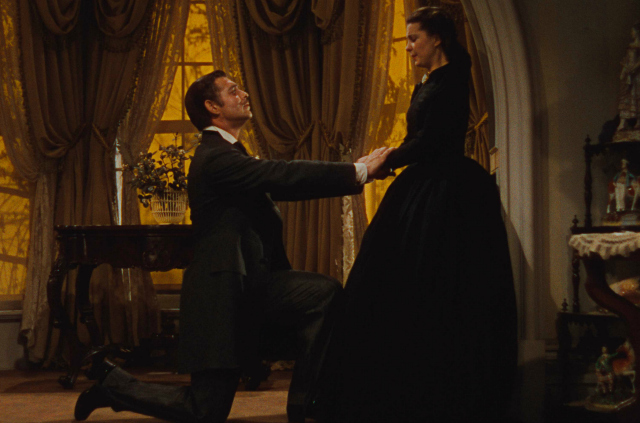 We began this list with a modern American classic, so let’s finish with one of the original classic pieces of cinema. Gone with the Wind is one of those films we always speak about in hushed tones, reverence coming from our every word. It holds a place of honor in the pantheon of films. Sadly, too many people never watch it anymore. It just doesn’t fit in our busy lives because of it’s incredible length (almost four hours). Why not change that on a flight?

Those who take the time to enjoy Gone with the Wind will discover a film that helped make Hollywood Hollywood, if you get my meaning. Even now, in the age of CG wizardry, the scope of this 1939 film is incredible to behold. Beyond visual spectacle, Vivien Leigh and Clark Gable put in the performances of a lifetime. Mere words cannot do these actors justice. However, the film’s greatest strength is in its message: Survival and hope is possible, even in the most desperate of circumstances. “After all, tomorrow is another day” is a sentiment we need to remember more in our lives.

There you have it! My list of five(ish) movies to keep your entertained in the sky while you are between destinations on your vacation. I hope you discovered something you haven’t seen before that you can enjoy. What is your personal in-flight entertainment pick? Be sure to let me know in the comments.

If you liked my list, be sure to go check out Cassie over at Southeast By Midwest as she lists off the five must haves for any woman’s carry-on bag.