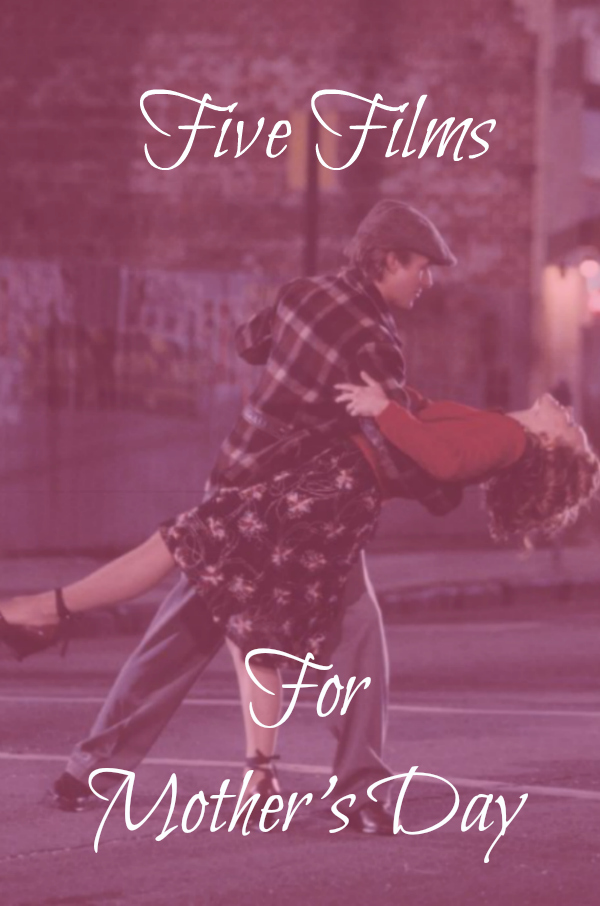 In our home, after breakfast had been served in bed and gifts had been given, we would always pile into the living room and watch a few of my mom’s favorite movies on Mother’s Day. From romantic comedies to family films to… a few unconventional choices, it was always one of my favorite days; spending time with my mom, my dad, some great movies, and a big bowl of popcorn.

In honor of Mother’s Day and great mothers everywhere, I’ve compiled a list of five(ish) films that make for great viewing on Mother’s Day! Not all of these are suitable for watching with the kids, but moms are going to love them nonetheless. Let’s get started… 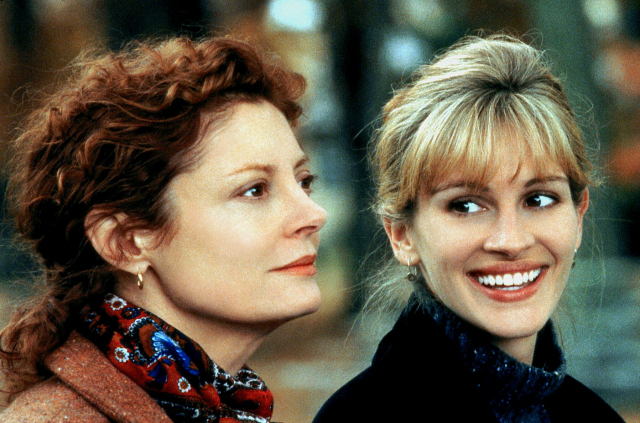 On Mother’s Day, one group of moms that seems to get overlooked are the stepmothers. Sure, literature and film have many characters that play the villainous “evil stepmother,” but in truth most stepmoms are great women who have the difficult task of loving and caring for a child that is not their own while making sure they aren’t a replacement for that child’s birthmother.

A great film for these underappreciated moms is the (appropriately titled) Stepmom. Starring Julia Roberts, Susan Sarandon, Ed Harris, and a young Jena Malone, this movie tells the story of a terminally ill mother that must come to terms not only with her own mortality but with her ex-husband’s new wife acting as a caregiver for her children. Everyone involved puts in deeply emotional performances and weave a narrative that is heartwarming to mothers and stepmothers alike. Definitely a great film to watch on Mother’s Day. 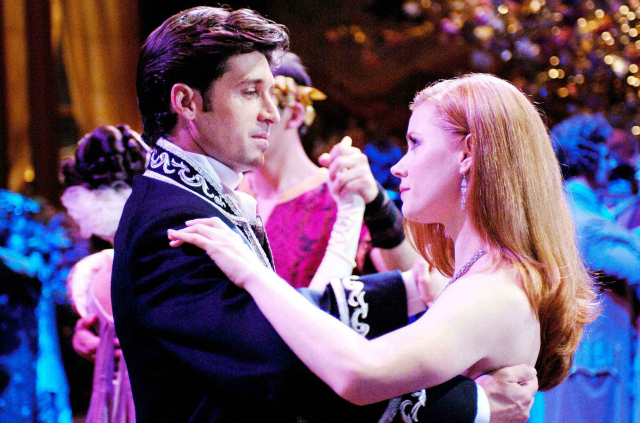 Many mothers will be spending Mother’s Day with children well under the age of thirteen, so some family friendly entertainment would be preferable, right? However, you kind of get tired of watching the same ol’ Disney animated classics over and over again. What moms need is a movie that is kid friendly, has the same Disney fairy tale magic, but puts a twist on the old formula. Luckily, that is exactly what Enchanted is.

Starring Amy Adams, Patrick Dempsey, James Marsden, and Susan Sarandon, Enchanted takes the classic Disney formula and turns it on its head by throwing our fairy tale princess into the real world of New York City. The movie pokes fun at all the classic animated movie tropes while celebrating them at the same time and features numerous callbacks to the “golden age” of Disney movies. Plus, who doesn’t appreciate a story where the damsel saves the prince for a change? 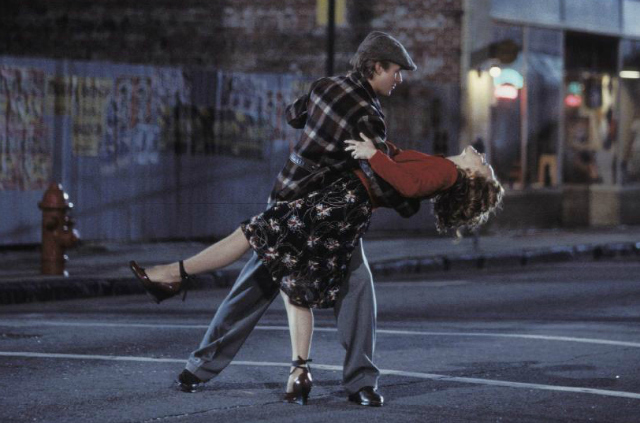 OK, I know this is cheating, listing more than one movie together in the same entry, but it’s kind of my thing (see my first Five Films post to see what I mean). Anyway, how can you choose one Nicholas Sparks movie over the others? All of them are great romantic stories that are sure to leave mothers and daughters (and, if they are “man enough” to admit it, fathers and sons) bawling into their tissues.

Who can forget the Ryan Gosling and Rachel McAdams led romance classic The Notebook? Perhaps mom would prefer Mandy Moore and Shane West sharing an ill-fated teen romance in A Walk to Remember. Maybe mom would love to see their favorite former officer and gentleman Richard Gere find love on the North Carolina coast with Diane Lane in Nights in Rodanthe instead. If all else fails, maybe seeing Kevin Costner and Robin Wright Penn uncorking the Message in a Bottle will be more up mom’s alley. If none of those work, there are still plenty of other Nicholas Sparks movies to choose from.

In fact, all of these movies are so great, I’m giving them away! Be sure to check the end of this post where I’m giving away a four pack of The Notebook, A Walk to Remember, Nights in Rodanthe, and Message in a Bottle on DVD! Not a bad Mother’s Day prize, am I right? 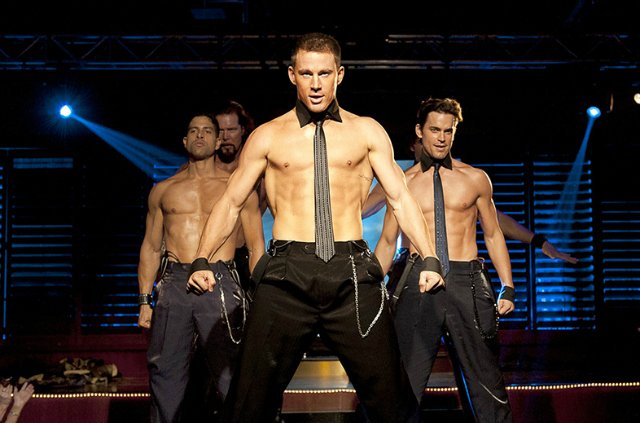 This pick might not be best to watch during Mother’s Day, but it can sure make a mother’s night! As hard as mom works the rest of the year, being able to kick back and enjoy a little eye candy would be the perfect way to cap this special day. That’s why Magic Mike makes my list of five films for Mother’s Day.

The “plot” has male stripper Channing Tatum, “Magic Mike”, teaching a rookie the ropes of stripping, making money, partying, and picking up women. But let’s face it: not many people are watching this movie for the plot. Their here to see Tatum, Matthew McConaughey, Joe Manganiello, and more shirtless and gyrating on the stage. Not that there’s anything wrong with that; even moms need a little release, right? 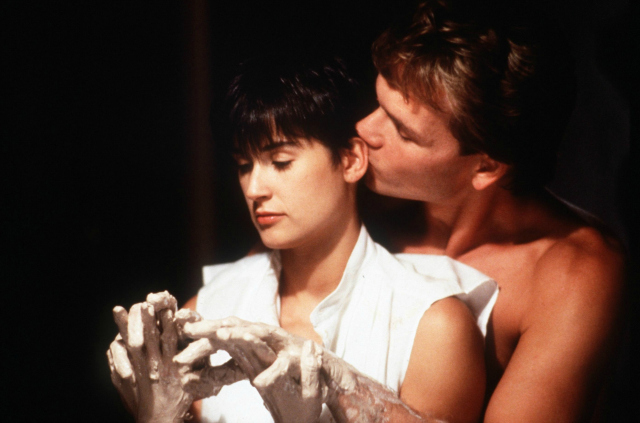 Out of respect to my mother, one of two Patrick Swayze movies had to top this list of five films for Mother’s Day: Ghost or Dirty Dancing. After much deliberation, I chose what I felt is the best movie of the two, a supernatural romance filled with a lot of heart, humor, and great acting. Ghost is easily one of the best movies to watch on Mother’s Day.

Starring the late Patrick Swayze, Demi Moore, Whoopi Goldberg (who would win an Oscar for her performance), and Scandal‘s Tony Goldwyn, Ghost tells the story of Sam Wheat who is killed in an alleged mugging gone wrong. Sam’s love for his girlfriend keeps him from “moving on” when he believes she still be in danger. This is a great movie all around. All actors were on point, there is a lot of appropriate humor, plenty of thrills, and a love story that will forever be a classic.

What did you think of my choices? Do you have any Mother’s Day favorites you think should have made my list? Share them with me in the comments below! 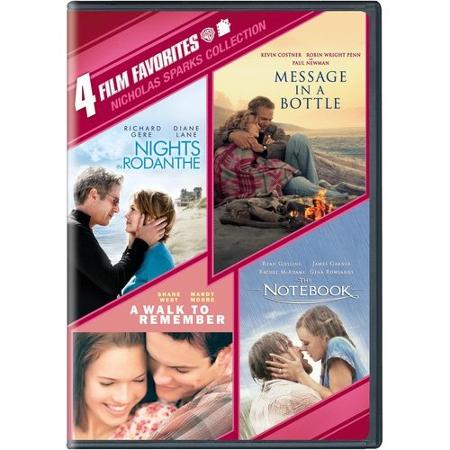 Now, the moment you’ve been waiting for: the Nicholas Sparks Giveaway! Like my previous giveaway, this contest is only open to those living in the United States or with an US PO Box. At least an e-mail address must be provided in order to contact you in the case you have won, but it will not be used or sold for any other purpose. Unlike last time, there will only be one (1) winner. No purchase is necessary and one free entry is provided. If you would like additional entries, feel free to complete any of the other tasks listed. Good luck!