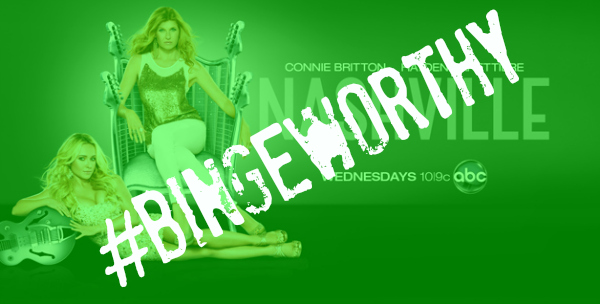 The term “Binge-Worthy” is used to describe a TV show so good that it will make viewers want to spend entire weekends watching one episode after another (Or, binging) on Netflix, Hulu Plus, or Amazon Instant Video. Forget trying to limit yourself to one episode; you’ll have difficulties limiting yourself to one season in a sitting.

In this new feature here on Page & Screen, I will be telling you about a show every few weeks that I feel is Binge-Worthy, hopefully giving you something new to watch on those slow weekends. However, I’m always game to try something new myself. If you have a suggestion for the next Binge-Worthy show, be sure to Tweet me using #Bingeworthy. 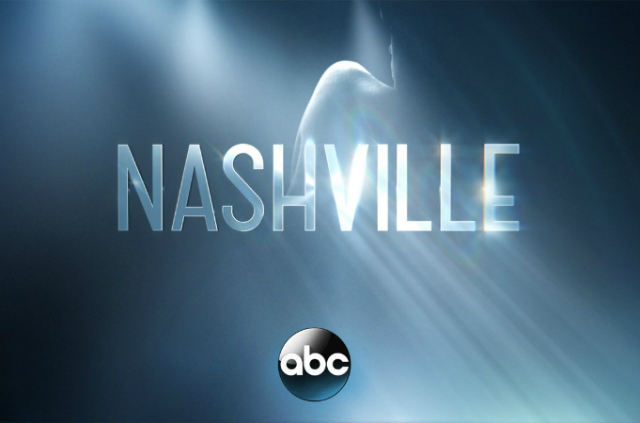 I know what some of you are thinking: “But I don’t like country music!” Even if you haven’t been a fan of the genre in the past, Nashville is worth your attention. Set in the titular city of Nashville, Tennessee, this ABC show tells the intertwining stories of a legendary country megastar nearing the limits of her popularity, her guitarist and on/off again lover, an arrogant pop-crossover singer, and a set of singer/songwriters hoping for their big break. If this all sounds a bit soap opera-ish, that’s because it is… and that is okay.

While the situations can get a bit silly (for example, a powerful businessman seeks to rig a mayoral election in order to procure city funding for a baseball stadium), the characters and their relationships will keep you coming back for more. Tragic romances, deeply guarded secrets, artists struggling to break free of stereotypes, and ambitious newcomers that will do anything for success… and that is only the first few episodes!

Lastly, if you aren’t a fan of country music, Nashville may make you one! Featuring original songs that are better than anything on country radio today, Nashville is as pleasing to the ears as it is to the eyes. Don’t believe me? Take a listen to “If I Didn’t Know Better” from the very first episode:

So, this weekend, grab a bowl of popcorn, your favorite drink, and fire up Hulu Plus on your device of choice as you take an extended trip to the Music City and watch episode after episode of Nashville.

If you don’t have a subscription to Hulu Plus, be sure to click here and receive a two week free trial!