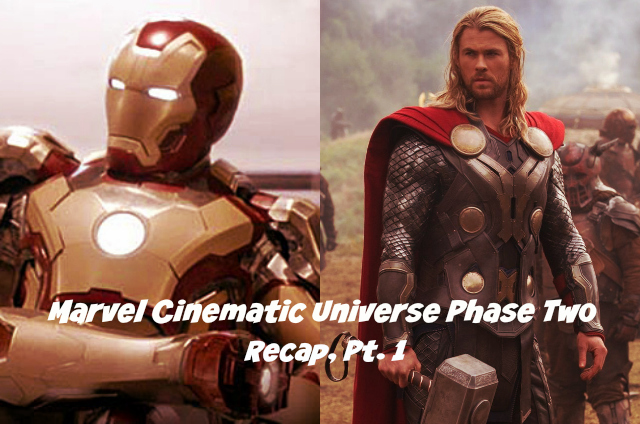 We are only a couple of days away from the biggest movie event of the Summer. That’s right, Avengers: Age of Ultron hits theaters this Friday (or Thursday night if you were lucky enough to snag a ticket)! While Ant-Man is the official conclusion to Phase Two of the Marvel Cinematic Universe, Age of Ultron should wrap up the lingering plot points revolving around the group of heroes known as The Avengers.

A lot has happened since our merry band of heroes teamed together to dispatch Loki and his Chitauri invasion force. In fact, four movies and a TV series worth of stuff happened. Unfortunately, no one really has time to cram that much in for a refresher before heading to the theaters later this week.

Luckily for you, I’ve spent the last month or so re-watching all of the Marvel films in preparation for Age of Ultron‘s release and I’m happy to give all of my readers a crash course on where our heroes stand before taking the fight to that evil android.

I’ll be splitting this into two parts. Today, I’ll cover what happened in Iron Man 3 and Thor: The Dark World in part one. Tomorrow, I’ll catch you up on Captain America: The Winter Soldier, Guardians of the Galaxy, and the Agents of SHIELD TV show in part two. Hopefully, by Thursday night/Friday morning, you’ll be prepared to face Ultron head on!

Although you probably already know this, just thought I should warn you that major spoilers for Phase Two of the Marvel Cinematic Universe are ahead. With that in mind, let’s get started…

(Note: Agent Carter and Daredevil are not being included in either part of this recap as the events of these series do not have any major effect on the current state of the MCU)

Suffering from Post Traumatic Stress Disorder after the events of Marvel’s The Avengers, Tony Stark has been building dozens of Iron Man suits in an attempt to cope with his near death experience, putting a strain on his relationship with his girlfriend, Pepper Potts. As if that wasn’t enough to deal with, the world is quaking in fear over an international terrorist known only as “The Mandarin“, who has been unleashing a string of bombings across the globe. When one of these bombings nearly claims the life of Tony’s friend and former bodyguard, Happy Hogan, the genius/billionaire/playboy/philanthropist openly challenges The Mandarin on live TV… Leading to the destruction of his Malibu home and the ruining of the only Iron Man suit in his possession.

Tony must discover who he is outside of his suit of armor in order to defeat the Mandarin. Unfortunately, this journey of self-discovery is made even more difficult when Tony learns that the real culprit is not some mysterious figure after all; that guy is just an actor. Instead, it is a scientist by the name of Aldrich Killian, a man that Tony himself spurned back in 1999, using a restoration and enhancement treatment known as Extremis… Or at least its explosive side effects… for the attacks. Oh, and Killian just happens to have kidnapped and subjected Pepper to Extremis.

It takes Tony almost losing everything to realize that it isn’t the suit that makes the man; it’s the man that makes the suit. In the end, Tony is able to stop Killian, the self-declared “real Mandarin,” (although it was actually the Extremis-infused Pepper who kills him), sacrificing his beloved suits in the fight to save Pepper. Tony is finally able to move on from his trauma, both from New York and before, symbolized best when he has the shrapnel from around his heart removed, the mini-arc reactor in his chest (the glowing thing that powered him/the suit) along with it. We last see our hero preparing to rebuild a new, better suit from the wreckage that was his home. He is able to do this with a clear mind because, as he tells Bruce Banner (The Hulk), it isn’t the suit that is Iron Man… He is Iron Man. 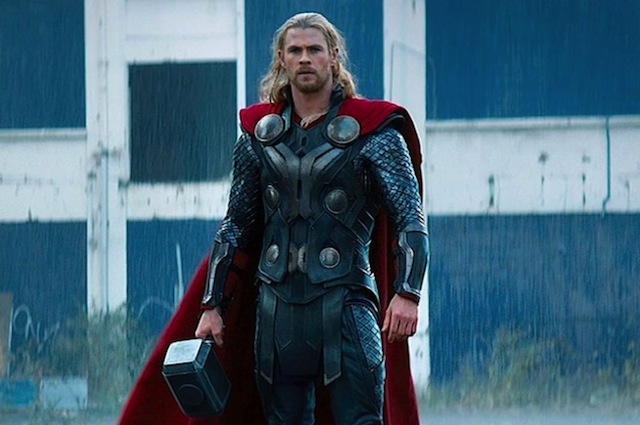 After dealing with the chaos caused by the destruction of the Bifrost in the original Thor, our favorite magical hammer-wielding hero has insured that the Nine Realms are in order and his “brother” Loki is locked up for his crimes against Asgard and Earth. However, when Thor‘s human love, Jane Foster, stumbles upon the Convergence (the once-in-a-hundred-lifetimes alignment of the Nine Realms) and is possessed by an incredible weapon known as the Aether, the ancient Asgardian foes the Dark Elves and their leader Malekith are awakened.

Thor hastens Jane to Asgard, where she may be protected from the Aether. However, this draws the Dark Elves to Asgard as well, leading to the loss of many lives, including Frigga, Thor’s mother. When Odin, Thor’s father, puts Jane under heavy guard in order to draw Malekith and his forces back into the city for a climatic battle, Thor turns to the unlikeliest of people to help secret Jane out of the city: Loki

With the villain’s help, Thor gets Jane away from Asgard and to the Dark Elf home world, Svartalfheim. Unfortunately, Malekith is able to draw the Aether to himself, leaving for Earth in order to use the weapon and the Convergence to bathe the universe in eternal darkness. Loki seemingly sacrifices himself so both Thor and Jane may live and stop the sinister Dark Elf.

Thanks to the help of Jane’s friends, Thor destroys Malekith, and traps the Aether once again. When Thor returns of his father, telling him of the battle and his desire to return to Earth rather than rule in Asgard, Odin sends him on his way. It is only when Thor leaves that Odin is revealed to be Loki, using an illusion to appear as the Asgardian king.

The film ends with Thor reunited with Jane. Meanwhile, the Aether, now revealed to be one of the Infinity Stones (like the Tesseract of Phase One before it), is given to Taneleer Tivan, The Collector, for safe keeping. Upon acquisition, he remarks “One down… Five to go.”

That concludes part one of my recap of Phase Two of the Marvel Cinematic Universe. Be sure to come back tomorrow for part two where things get really complicated as SHIELD falls, gets rebuilt, and the MCU goes to the farthest reaches of the Galaxy!